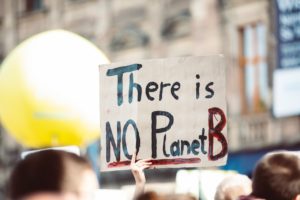 I’ve been reading a very interesting book ‘There is no Planet B‘ (Mike Berners-Lee). A great collection of info about the relative environment cost and benefit of all sorts of things, related to the current environmental crisis.

One section that caught my attention was the one on food, its carbon footprint, and having enough to feed the planet.

In one table, it looks at the carbon footprint of different kinds of meat. I think the numbers are for factory farmed meat, and local naturally reared meat will be a bit lower. But what stuck out in my mind is that chicken is the lowest carbon footprint of all the meats, and pork is next lowest. Neither of them chew a cud, and can also usefully be fed on food scraps. Farmed fish is similar to chicken, whereas farmed shell fish is as bad as lamb or mutton, and the footprint for beef is more than double that.

Mike’s comment after all this information is “there is no need for extremism here, just moderation and a broadening of choice.”

This shift alone would mean we have enough land and food production to feed the projected 9.7 billion population in 2050. Less meat and dairy, don’t waste anything or over eat, and don’t feed human food crops to animals. 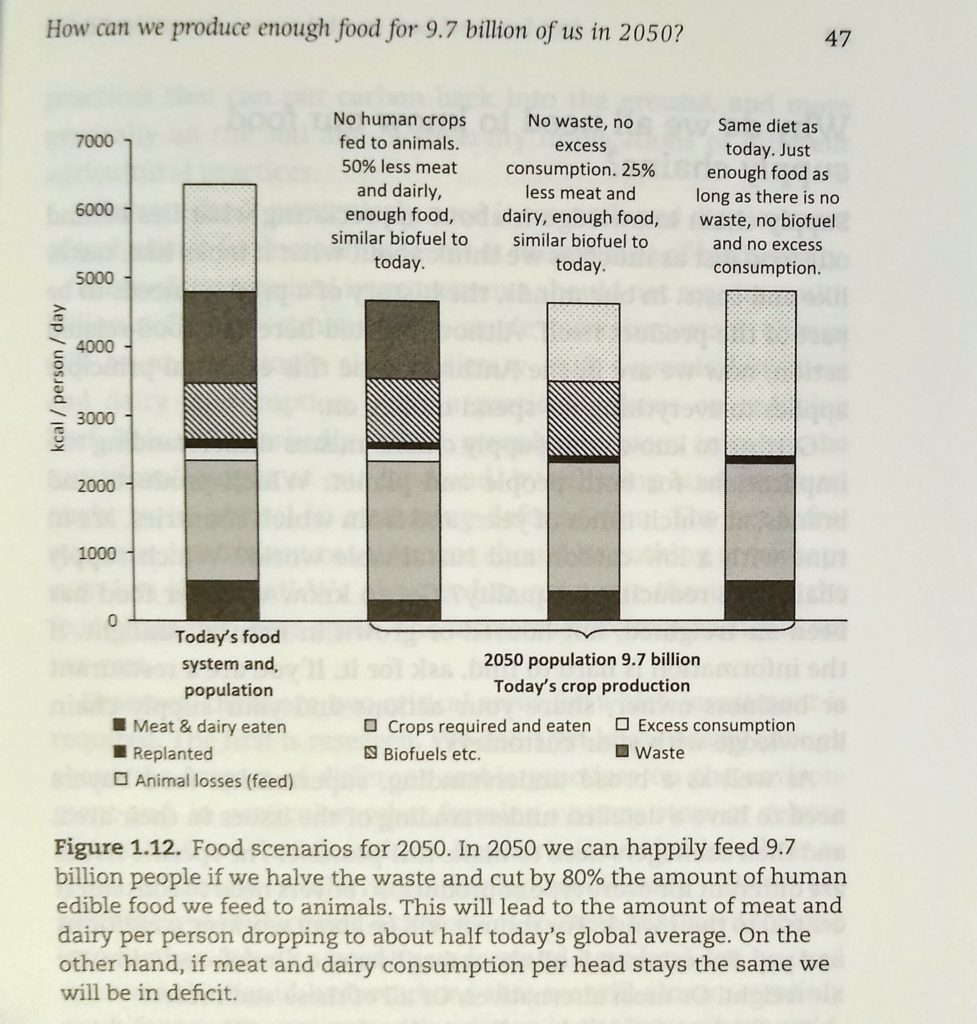 With that in mind, I’ve been working on changing my shopping and cooking habits.

Another point I picked up in a later chapter, that sea freight, while being the dirtiest oil, is still the lowest carbon way of moving tonnes of stuff. Air freight is totally bad news for food. So I’ve been trying to buy British where I can – like strawberries – and mostly sticking with fruit that can be shipped by sea like oranges, apples and bananas.

At this point in time, I won’t be turning vegetarian or vegan. But a shift in eating seems essential, to turn the tide of global increase in meat eating (which leads to Amazon clearing), so I’m working on it!

To start your research…